Grand Vision Gaming, LLC is known for their incredible designs in Class III Video Games for licensed operators in jurisdictions that have legalized casino gaming. Their main area of focus is United State of America. GVG started their operations in Montana and is now serving in states like South Dakota, Nevada and Louisiana. GVG things that this is not enough and they are looking for opportunities in other jurisdictions and states.

From the time Grand Vision Gaming was established, their aim has been to lead in the bottom line profitability in the markets they serve. GVG games have been developed under state of the art technology for the computer hardware platform and all other peripherals. With such development, you are sure that GVG games are revolutionary.

GVG have come up with proprietary cabinet games that are interactive, attractive and have pretty imaginative themes. Without doubt, you will be amazed by the experience that you get from these games. The design is unique and might keep you glued to the screens playing the entertaining games. Each game has an enticing math model that is evaluated and perfectly blends with the game. The sounds graphics are developed keenly to make sure that the design and theme to the games is complemented.

Grand Vision Gaming has been built on four principals. These principals are extensive knowledge and experience in the manufacturing and operating of the gaming devices. If we were to combine the experience these guys have, it would be of over 100 years.

The company is all round where they provide full service and specialize in Grand Vision Gaming proprietary products, as well as, full re-furbished used machine sales. They will also provide parts for their machines service them and also repair the gaming machine brands.

Grand Vision Gaming has more than five hundred locations where you can enjoy their games in Montana, Louisiana, South Dakota and Nevada.

GRAND VISION GAMING HAS SIGNED A CROSS-LICENSING DEAL WITH ARISTOCRAT

GVG games and Aristocrat decided to grow their winning relationship through a mutual collaboration. This cross licensing deal was meant to bring three top player favourites to the GVG cabinets in the South Dakota Lottery market.

This collaboration which happened early 2013 between the two companies is a clear indication that both companies understand the jurisdictions they are serving and the reason they settled on leveraging on their individual strengths. This partnership is meant to build on their competitive advantages for the markets they are severing.

In this deal where GVG will supply Aristocrat games to South Dakota Lottery, they will be distributing the following titles; 5 DragonsTM, Miss KittyTM and BuffaloTM.

From research carried out by Goldman Sachs, Buffalo has been on top of the Best Game List on Slot Manager Survey. The game was also named as the Luckiest Slot and Best Video Slot in the Southern California Gaming Guide Best Slots 2013 readers’ poll.

Before the South Dakota Deal, GVG and Aristocrat inked another deal which would see Grand Vision Gaming supply more titles from Aristocratic to Montana. This deal would give Aristocrat an upper hand in capitalizing in the US market. GVG games take a market share of about 32% where they own about 16,000 licensed machines in the industry. Both companies got into this partnership to benefit from each other.

The games that you can play on GVG from aristocrat include Fire Light, Wolf Moon, More Chilli, Longhorn Deluxe, Sparkling Royal, Where’s the gold, Miss Kitty, Buffalo and 5 dragons.

Aristocrat Technologies is a subsidiary of Aristocrat Leisure limited which is a leader in offering land based and online gaming solutions. The company has received licenses from more than 200 regulators and its services and products are available in over ninety countries across the globe. Aristocrat is known to provide a wide array of products and services which include and not limited to casino management systems and electronic gaming machines.

GVG has been in the market for quite some time. The four owners to the casino have a huge wealth of experience which has assisted them in learning the marketing, predicting the trends and understanding their clients. GVG games include renowned titles in the industry in classifications of poker games, keno games and slot games.

This GVG slot from aristocrat comes with a cat theme which has Miss Kitty as the main character. It has 5 reels and 50 paylines. With it comes sticky wilds, friendly graphics and free spins.

This is another GVG slot from Aristocrat. This slot has a mystical theme. it has 5 reels and 243 possible ways of making a win. This means that you will have better chances of making a win during the game.

This is a standard Keno game with 80 spots and 20 number draw. When in the base game crystal balls are randomly placed on the non-player marked spots and will later act as multipliers.

This is a 16 reel 40 line game with a 4×4 grid. The game features a free bonus, locked scatters and re-spins. Where there are five or more bonus symbols, the bonus symbols will lock position.

The slot comes with four rows, five reels and 30 pay lines. There are also wild reels that will lock until you get a win and wilds that expand until a win is achieved.

This poker game from GVG is a 5 card draw poker game without wilds. The game has features that are triggered by 3, 4 or 5 Big Time Banker Logos that will appear at random on dealt cards alone.

These and many more games from Grand Vision Gaming can be found in our listing. We have done a thorough review of these games that will assist you in making better judgement when choosing the slot to play when you are a jurisdiction that permits GVG games.

Below you will find the latest GVG Slots we have reviewed on our website.

Introduction This is the first slot that Aristocrat introduced to Jackpot Streak series. the slot gave the players a truly stunning taste of what was to come by giving a comprehensive addition of features and jackpot. This slot might not be as good looking as the latest releases but it has great action that could

Introduction Many casinos have the old west theme as the most popular. Longhorn Deluxe slot also has such kind of theme which features the life of cowboys and cattle ranchers in plenty of ways. This can be in animated and comical characters. Longhorn Deluxe slot does not deal with the bandits or cowboys but deals

Introduction If you’re a fanatic of the beautiful Canadian mountains, then this is the slot for you. Wolf Moon is a great slot developed by Aristocrat but available in all Grand Vision Gaming software outlets and gaming cabinets. On the reels you will come across characters like wolves, grizzly bears, puffins and Moose. You will

Introduction This is an online slot game developed by Aristocrat Technologies. The slot game was first created in 2011 and can be found in most land based, online and mobile casinos. A unique feature with Aristocrat games is their 243 ways to win that are known as Reel Power. The game is a sequel of

About Miss Kitty Slot Miss Kitty Slot is an animal themed slot games based on cats are quite common in the slot game world. Cat lovers are often not left out by online game developers. You will get to play with your favourite pet on the reels. Miss Kitty is one of these online slot

Where’s the Gold Slot Review When you choose to play this slot, be ready for a trip to the gold mines. The slot might look basic but there are interesting bonus features that will provide opportunities to make amazing wins. Where’s the gold comes with five reels and three rows. It provides you with twenty

END_OF_DOCUMENT_TOKEN_TO_BE_REPLACED

More Chilli Slot Review This is a Mexican themed slot which is found on land and on the web casino sites. As a player you have the option to play for real money or for fun. This Mexican theme will provide you with great entertainment and give you the best of the Mexican culture. The

END_OF_DOCUMENT_TOKEN_TO_BE_REPLACED 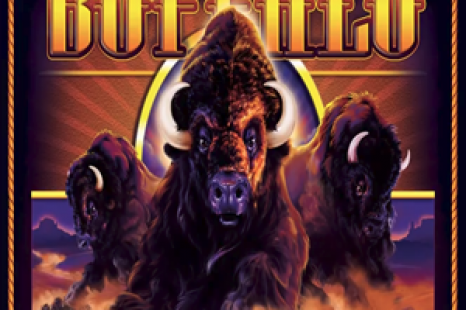 About Buffalo Slot Buffalo Slot is one of the most common land based slot games of all times. The slot machine game is now available online for players. The game is exciting and one of its main objectives is to fill your slot machine screen with buffalo symbols. The online slot game forms a great

About 5 Dragons Slot 5 Dragons is a sequel of the slot game developed by Aristocrat known as 50 Dragons. The 5 Dragons slot game was originally created as a land based casino game. The game became popular across Australia and thus it spread its charm across the globe. It is therefore played in a

Check out the best online casinos for Finnish players. All these casinos are tested, reliable and safe! 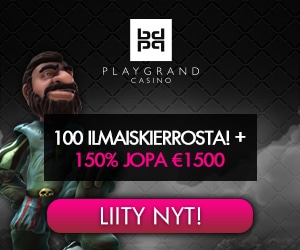 We have made a selection of the most popular online casinos for players from Finland. Sign up now and collect some Free Cash or Free Spins!