The Championships are held at different venues every year. All the venues are located in the United States. This year The PGA Championship is held at Bellerive Country Club in Town and Country, Missouri. This year’s winner receives $1.890.000. In total there is a prize pool of $10.000.000+ in 2018. 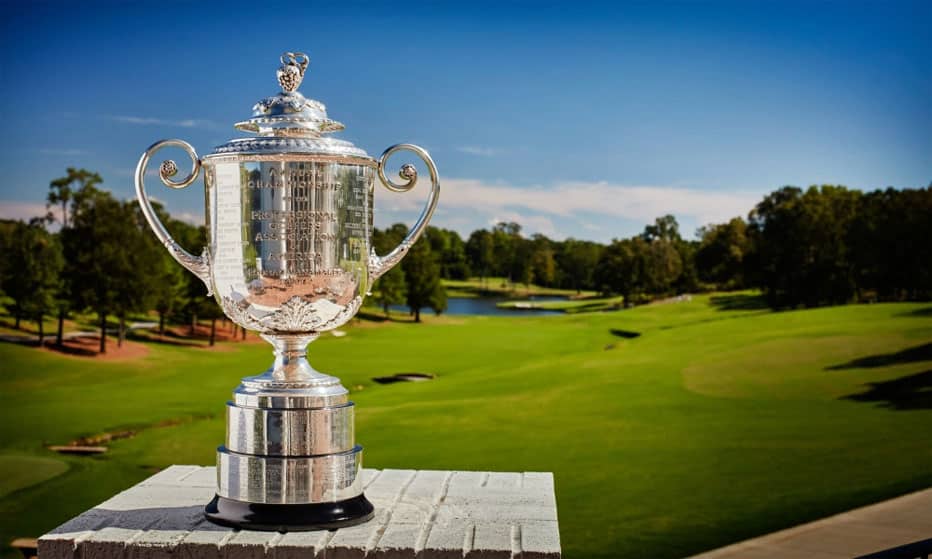 Every professional golf player wants to win this amazing trophy!

History of “The PGA Championship” Golf

The first PGA Championship was at Siwanoy Country Club in Bronxville New York and was held in October 1916. before this official event there where a few national golf events but those where not official events organised by the PGA. In 1916 Jim Barnes won the PGA Championship and he won $500 and a diamond studded gold medal. This medal was donated by the wealthy department store owner Rodman Wanamaker. Every champion at the PGA Championship receives a replica of the Wanamaker trophy. The original trophy was donated by Wanamaker and players can keep the official one for a year.

In the history of this great event Jack Nicklaus and Walter Hagen both managed to win the Championship 5 times. Tiger Woods won the PGA Championship 4 times and he is still playing. When he manages to win another title he will also be one of the record holders. The oldest winner at the PGA Championship is Julius Boros in 1968. He was 48 years and 142 days when he lifted the Wanamaker Trophy.

The championships are held at different venues every year. Sometimes the event comes back to a course. The Southers Hills Country Club in Tulsa held the most championships. The tournament was in tulsa 4 times (1970, 1982, 1994, 2007).

The PGA Championship has no settled date or period. It is held between May and december. Since 1954 the event is held between july and september. Up till 1954 the event was a match play event over 200 holes. In 1957 the event lost money and that was an eye opener for the PGA. After a few meetings they decided to change the format in to Stroke play. From 1958 it was a standard format over 4 days and 72 holes. Every year the event was held from Thursday till Sunday. And players had to make the cut after the second round.

At the start on Thursday there are 156 players in the field. And around half of these players will continue after day two. Every player needs to make the cut at friday. The cut is settled during the second round and depands on how good the players play. the average cut is around +1 or +2 after two days. When a player reaches the cut he can continue playing on saturday and sunday. And of course players who reach the cut earn more money.

Before you start betting on a golf event it is important to look at some facts and some records. We always check a few facts before we make up our predictions. golf is a very hard sport to bet on because loads of players can win an event. An event like the PGA Championship is held over 4 days. Each day something can happen. Weather can play a role a certain parts of the day or course criteria can. There are players who don’t like links courses or courses with a lot of water. below you find a few interesting facts and records of the PGA Championships 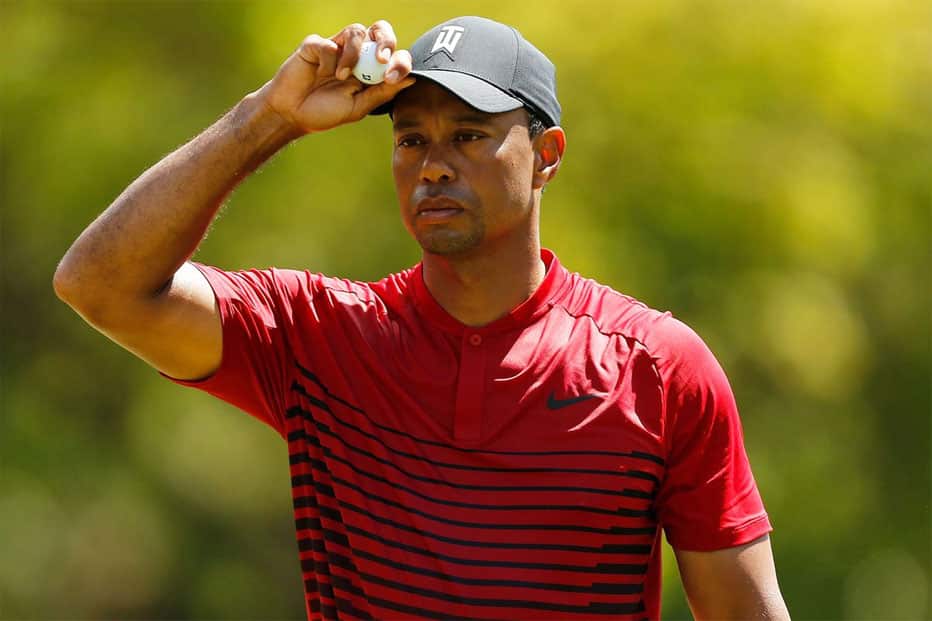 Last 10 Winners of the golf event

The Bellerive Country Club is a par 70 course with a total length of 6.795 meters. In total there is a prize fund of $10.500.00 and the winner receives $1.890.000. We can expect great scores at this course because it is a relative short course and the holes are not that hard to play. The course is opened on memorial day in 1960.

Seven of the last 8 winners at this event have been first time winners. Actually the last three winners won their first major at the PGA Championship. In 2017 Justin Thomas won, in 2016 Jimmy Walker and in 2015 Jason Day with a record breaking -20 total. rory McIlroy was the only player who won a major before when he won his first PGA Championship back in 2009.

Who will win the PGA Championship 2018 in Missouri? Let us have a look at the favourites for this year’s event at the Bellerive Country Club. golf is a very hard to predict sport because a lot of players can win an event. It is an interesting sport to bet on because the odds are very good. When a lot of players can win and there is no top favorite the odds on every player are interesting. I always recommend to bet on a few different players. Increase your winning chances and choose a few players. When you bet on more players it will make the event more fun to watch.

You get the best odds when you bet before the event starts because you cannot see which players are good at this course. Of course you can also bet during the event. But in that case the odds will get lower the further the event gets. We always place a few bets before the event because we love the high odds in this sport.

Below you find the players we think can win this years event. We also added the highest odds. When you want to bet on the PGA Championship we recommend you to join one of the underneath betting partners. Choose a betting partner from this list because they are reliable and they offer the best odds.

Favourits to win the PGA Championship 2018

7 Out of the last 8 winners of the PGA Championship are first time major winners. And we think this first time winners streak will continue in 2018. Players from the United States are always favourites to win the PGA Championship and the last 2 editions they won. Rickie Fowler is having a great season so far and he could be the lucky first time major winner this time. He got close to his first major win a few times but he never managed to win one.

He already finished in the top 10 in eight of his last major appearances. Rickie finished T3 in 2014 and T5 in 2017. Now it is time to win a major for Fowler. Rickie is to good to not win a major. We think he can do it this time at the Bellerive Country Club. And there are very good odds available for Fowler. When you think Fowler will win you get 19.00 times your bet amount when he wins the title. 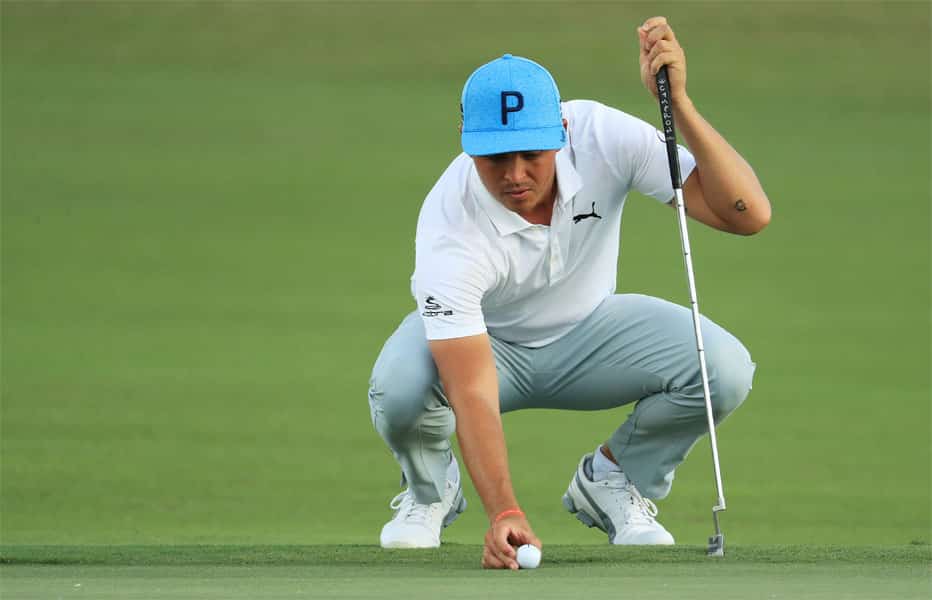 Our top favourite for the PGA Championship is Rickie Fowler!

We must mention Tiger woods because he is the player that can grab the record of winning the most titles at the PGA Championship. When he wins this years event he has 5 titles. Jack Nicklaus and Walter Hagan also won the PGA Championship 5 times. Tiger Woods just recovered from his injury. Last week he played very good at The Open at Carnoustie. Tiger had 2 impressive rounds of golf and finished top 10 at his last major.

For Tiger this must be an eye opener. He can still perform after his injury. Now it is time to grab his first prize after coming back from back to back injuries. Everybody on this earth hopes this legend can win another major. He always feels very good when he plays in the United States and this could be his when he has a good first round in Missouri. The course is not one that fits Tiger’s way of playing.

Spieth is always one of the favourites because he is playing amazing golf in the last few years. Every year he wins a few events and he always plays a role in the majors. Last week he was between the top players at Carnoustie at The Open. His putting is amazing and he always feels at home when he plays a major in his own country. At the bookmakers Spieth is favourite together with Rory McIlroy and Dustin Johnson. We think Spieth can continue his form and can grab another top 10 finish at a major. With a bit of luck and some perfect putting from his side he can lift the trophy on sunday 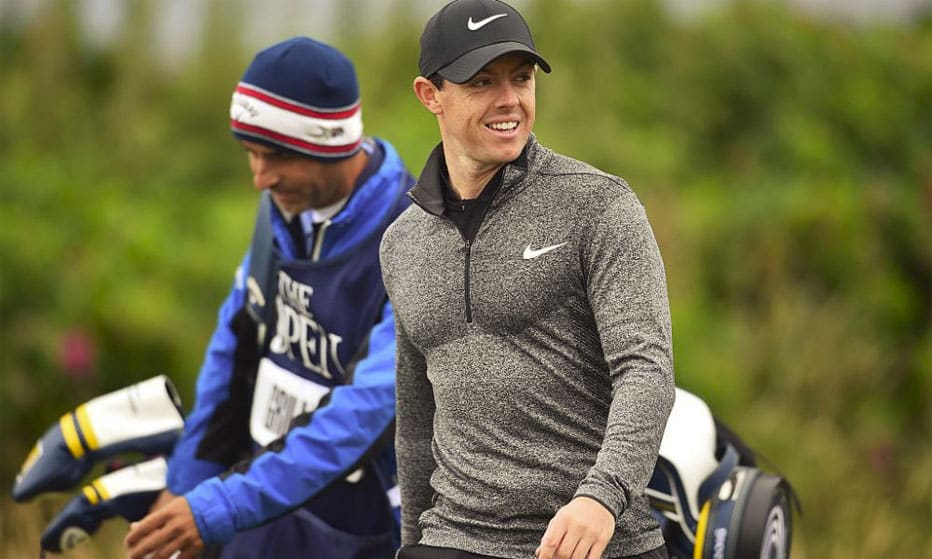 This kid is always a favourite when there is a major. He plays his best golf when the major events are scheduled. He knows how to win this event because he already won the event twice. In 2012 he won in South Carolina and in 2014 he won in Kentucky. Last week he played very strong at the open in Carnoustie and I think he is the man in form to finish top 5 in Missouri. And this course is made for long hitters like McIlroy and Dustin Johnson.

The 5th favourite from our list is Justin Rose. Justin is performing very well in 2018 and he scored an amazing 3rd and 4th round last week in Carnoustie during the Open. It looks like he is the man in form and he must be able to finish in the top 5 at this PGA Championship. When he has a good first and second day I think he can compete for the win with the other favourites. It all depands on his first two days because he is a player that can lose events in those days. A good start will be vital for a good finish.

He never won at the PGA Championship and he is a player from England. He could be the first English player to win this event after Jim Barnes in 1919. 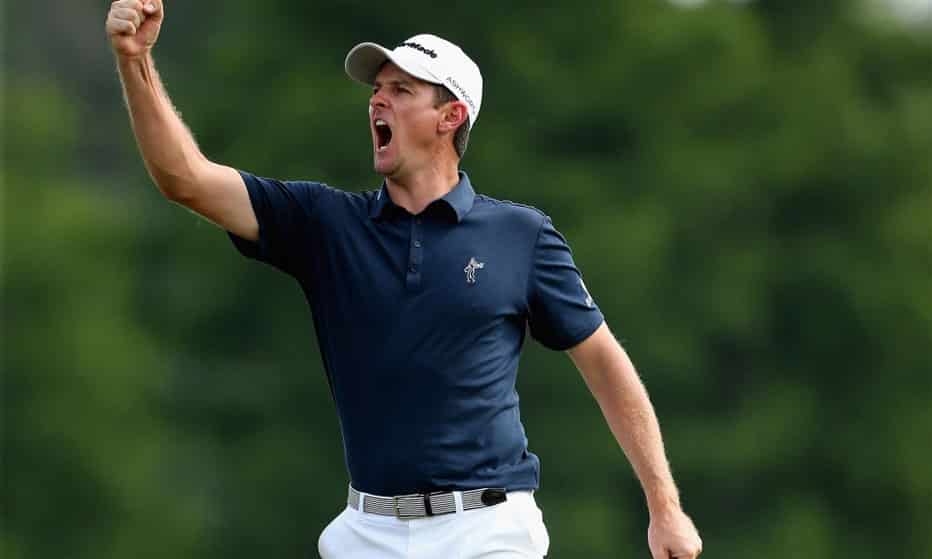 Other outsiders for top spots at the PGA Championship

At golf there are always surprises and a few outsiders. During the majors there are always a few players who play better than they normally do. And it is very interesting to bet a few euros or dollars on these players because they have very high odds. When we look at the recent results of this year and the results at the last majors in 2018 we selected the following outsiders for this edition of the PGA Championship.

Below you find the most reliable betting partners with the best odds.

A real casino lover. Playing casino games since the first day he became 18 years. Writes about many different subject including the best paying video slots, the latest casino bonuses and the most popular mobile casinos. Keep track on Dave's latest posts to read more about the best 50 Free Spins on Starburst offers, the most recent casino bonuses and basic information about online gambling.

A selection of the best sports betting websites which are tested 100% reliable, safe and fair!

Lucky Casino Bonus - Double up or get your money back!

10Bet Sportsbook Review - What we Liked and Disliked