THIS IS HOW BETTING ON ESPORTS WORKS

Back in the days I loved to play video games, and I still often grab the controller of my console or open a game on my smartphone. Most of the times I play games on my Xbox One. Some of my current favourite titles are GTA 5, Battlefield One, Halo and Destiny. Besides these games I also love playing Hearthstone on my smartphone or laptop. Although I always played for fun on my own or with friends the gaming industry has evolved into a more professional environment. The current eSports industry has become a 900 million dollar industry with many professional eGaming tournaments and leagues. And with the rise of the industry people also started betting on eSports. In this article I will learn you everything about the basics behind the eSports betting industry.

IN THIS ARTICLE YOU WILL LEARN;

THE BEGINNING OF BETTING IN ONLINE VIDEO GAMES

Although betting is one of the oldest ways of entertainment betting on eSports is relatively new. The first known bets on online gaming appeared in August 2013. During this month some people started betting with weapon skins they have collected in the game Counter-Strike; Global Offensive. These weapon skins can be obtained by buying them for real money of through gameplay. The weapon skins don’t really affect the game but they change the appearance of the weapons that people carry while playing. After getting a skin people could use them to gamble with them on numerous websites which offered bettors the chance of winning even more valuable skins. And the rarer a weapon skin was, the better the potential prizes where. This type of ‘’skin betting’’ or ‘’skin gambling’’ also occurred for valuables for the game Dota 2. This new type of betting got the attention of multiple betting companies which saw opportunities to earn money by letting people bet on eSports like Counter Strike.

THE GROWTH OF ESPORTS AND ESPORTS EVENTS

Because of the immense popularity of online video games the eSports industry have enjoyed a quick growth. And with this growth more commercial parties and money got into to eSports industry. At the moment more and more professional tournaments are being organized with amazing top prizes. For example;

On top of these amazing prizes more and more people are getting familiar with betting on eSports. Since some time it is possible to place bets on multiple types of eSports though traditional or online bookmakers. And while the eSports industry grows, the betting possibilities will increase and become more interesting for professional bettors.

HOW TO BET ON ESPORTS?

Betting on eSports is very similar to betting on traditional sports like football and tennis. Why? Just like during normal sports you can place bets on certain markets against certain odds. You can for example place bets on who wins a game, if a draw occurs or which team will win a certain round in a game. In addition to that some games offer extra betting options which are based on events which can happen during a game. This can be for example;

Based on your predictions and the odds you can decide to place one or multiple bets during a game. At most betting platform you can place very low bets which makes it fun to place for example bets on multiple rounds but with a low value. Some betting websites also offer the option to combine multiple bets into one larger bet. This is riskier, but offers a higher return.

IS BETTING ON ESPORTS LEGAL?

With more and more people becoming interested in betting on Esports the questions rises; ‘’Is betting on eSports legal?’’. Well, this depends on the country where you are living. If you are living in the United States betting on eSports is illegal. This is the same for betting on regular sports of playing online casino games. Although this is the case there are still a lot of people that place bets on eSports or enjoy other online gambling forms through non US based websites that accepts US players.

In addition to these countries there are a lot of countries which have no regulation of the online gambling market like for example the Netherlands. In these countries it is not legal to bet or gamble online, but still a lot of people do it. Especially when large bookmakers accept players from a certain country people will easily be able to play. Since it is very hard to ban people from playing or gambling online most of the authorities are only trying to close down casinos that target their citizens.

WHICH ARE THE MOST POPULAR GAMES TO BET ON?

One of my favourite games to play on a daily basis is Hearthstone. Hearthstone is free online card game which is developed by Blizzard. This strategical card game can be played cross-platforms which means you can play it on your smartphone (iOs or Android) or desktop and laptop (Windows or macOS). During Hearthstone the objective is to destroys you opponent (a different player) using a deck you have crafted before starting the game. Depending on which hero (playing character) you have chosen you can pick cards from a certain collection. This deck can contain a maximum of 30 cards which you will draw during the game. By cleverly combining special powers of cards players can easily outplay there opponent. In addition to these cards each hero also offers his own unique power, which can be used to improve a players position. In order to become a good Hearthstone player it is important to collect a wide selection or cards and learn how to best use them during a game.

In 2017 Blizzard reported that more than 70 million people play Hearthstone. This make Hearthstone one of the most popular eSports around. This popularity is also backed up by multiple popular international tournaments with cash prizes up to $250.000.

League of Legends, or LoL as most people call it, is one of the quickest growing eSports in the last few years. LoL is a multiplayer online battle arena game created by Riot which is available for Windows and macOS. During the game teams will compete in a Arena in order to win a game. This can be done my destroying the opponents teams ‘’Nexus’’. The ”Nexus” is a structure which lies at the heart of a base protected by defensive structures. LoL currently has multiple regional competitions including some in North America and Europa. In addition to that there is a annual World Championship which offers up to 60 million unique viewers and a total prize pool of 4 million dollars.

Dota 2 is a free to play multiplayer game which is created by Valve Corporation. At the moment millions of players sign in on a daily basis in order to battle as one of the over a hundred Dota heroes.  The popularity of Dota 2 is based on regular updates which ensures players can discover new things all the time. While playing Dota 2 people can play versus bots or competitive. Based on a players skill level they will match with the right players every game. The main objective during competitive rounds of Dota 2 is to destroy the enemies construction called ‘’the Ancient’’. This object is defended by several towers and lanes which players will need to cross. During each game a team of five players work together to win a game. This can be done by using special abilities of characters in a clever way.

Counter-Strike: Global Offensive (CS:GO) is a popular multiplayer first-person shooter game developed by Hidden Path Entertainment and Valve Corporation. During CS:GO two teams compete while representing the Terrorist or the Counter-Terrorist. During each game teams will need to eliminate players from the different team. In addition to that the Terrorist can win by planting a bomb (there objective) and the Counter-Terrorist can win by defusing the bomb. Besides this the game offer up to eight different game modes. CS:GO is available for Windows, macOS, Xbox 360 and PlayStation 3.

CS:GO was the first game in which people used skins to gamble on third party websites. On top of that the game offers multiple professional competitions which are very popular to bet on. Although gambling can be fun the maker Valve Corporation had also issues with the betting with skins and money. In 2014 the first large match fixing scandal occurred while the iBuyPower team lost a match on purpose against another team. In addition to that Valve closed down multiple third party sites which promoted betting with weapon skins.

Overwatch is another popular video game produced by Blizzard. Just like CS:GO Overwatch is a team-based first-person shooter game. Overwatch was launched in 2016 and is available for PlayStation, Xbox One and Windows. During Overwatch two teams of six players will compete in order to win. While playing people can choose over 20 characters called heroes which all have their own unique abilities. While working together teams need to secure and defend control points on a map and escort a payload in a limited amount of time to win. Overwatch has at the moment a professional league and a very popular APEX Tournament in South Korea. Because of this Overwatch is also a very popular eSport to bet on.

HOW TO FIND A SAFE AND RELIABLE CASINO TO BET ON ESPORTS?

With the growth of eSports and betting on eSports more and more websites appeared which offer betting possibilities on popular online video games. But which websites can be labelled as begin safe and reliable? We recommend players to start betting on eSports at reliable casino and gambling websites that already serve customers for years. These traditional bookmakers or casinos are more reliable then new websites which have no proven track record. To help you find some good and safe websites we have made a table in which we listed some good betting platforms which offer eSports like League of Legends, Dota 2 and CS:GO. One of my favourite sites to bet on eSports is Bethard. In addition to that I also have an account at LV Bet which I use to bet on different sports including some eSports.

THE FUTURE OF ESPORTS (AND BETTING)

Since competitive gaming is growing rapidly more and more people expect that there will be a bright future for eSports. Some people even expect that eSports will become a part of the Olympics. I am not really sure if that will happen quickly but with the dropping viewer rates of traditional sports it is not unthinkable. Besides that most eSports require a lot of training, preparation and skill which is not that different from athletes that practice traditional sports. Because of this bright future I also expect betting on eSports will be come more mainstream. This will mean more people will bet, there will be more betting options and the industry will be even more commercial and professional then it already is. 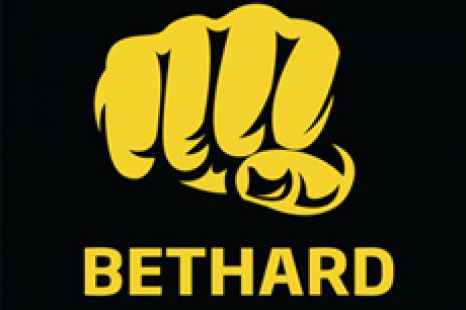 More and more people start playing at the relative new Bethard Sportsbook. But why is this new brand so popular? In this post I will review Bethard’s Sportsbook and tell you why this new betting platform is growing so quickly. So, let’s start at the beginning. Bethard was launched in the year 2014, which is ..

END_OF_DOCUMENT_TOKEN_TO_BE_REPLACED 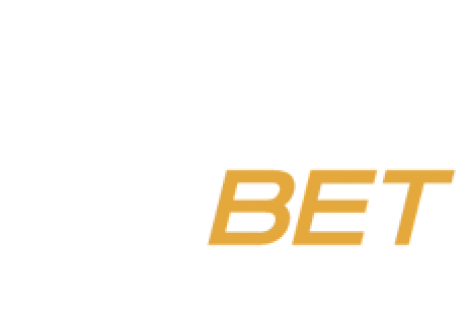 One of the rising stars in the online gambling business is LV Bet. LV Bet was founded in the year 2016 but it is growing very quickly. This relative new platform offers a casino, a live casino and a sportsbook. Because of this you will never get bored after signing up at this place. At ..